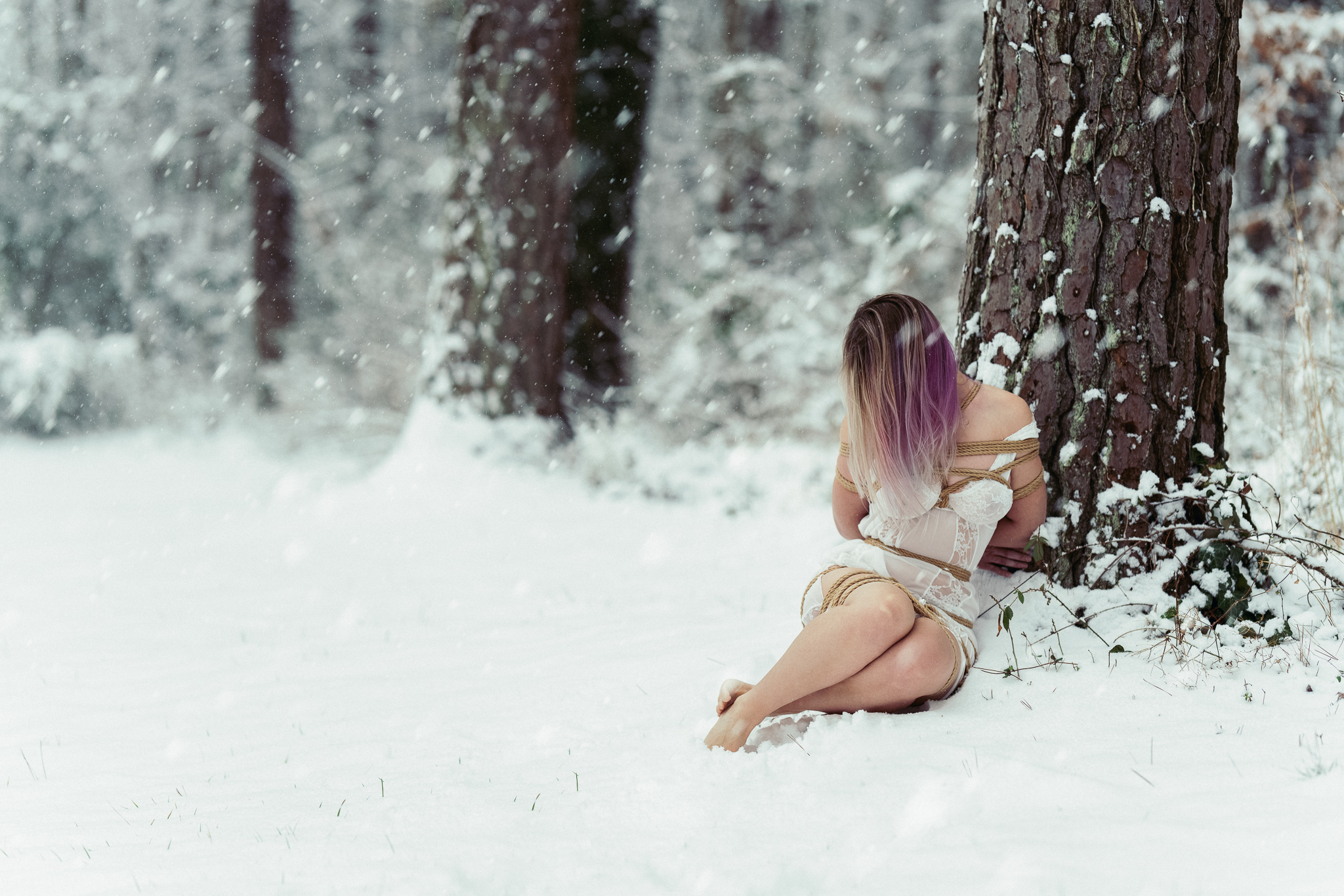 It’s been two years since we’ve had a decent snow–and even longer since we’ve had the chance to do some rope photos in the snow–so when the forecast started calling for a big snow on Sunday, we started preparing.

As it turns out, we had a pretty small window of time where the snow was at “peak prettiness and depth” levels and before the snow started turning to sleet (and eventually rain). Thankfully, we hit that window almost perfectly, and I’m happy with the shots we got.

Obviously, this was a quick shoot … it’s not easy to endure laying mostly-naked in the snow, while tied up, with more snow and sleet landing on you. Though, according to Bound Light, the most difficult part was how cold her feet got. She said we need to do a snow suspension next time we get the chance because then her feet won’t be in the snow. I’m recording this here as future evidence!