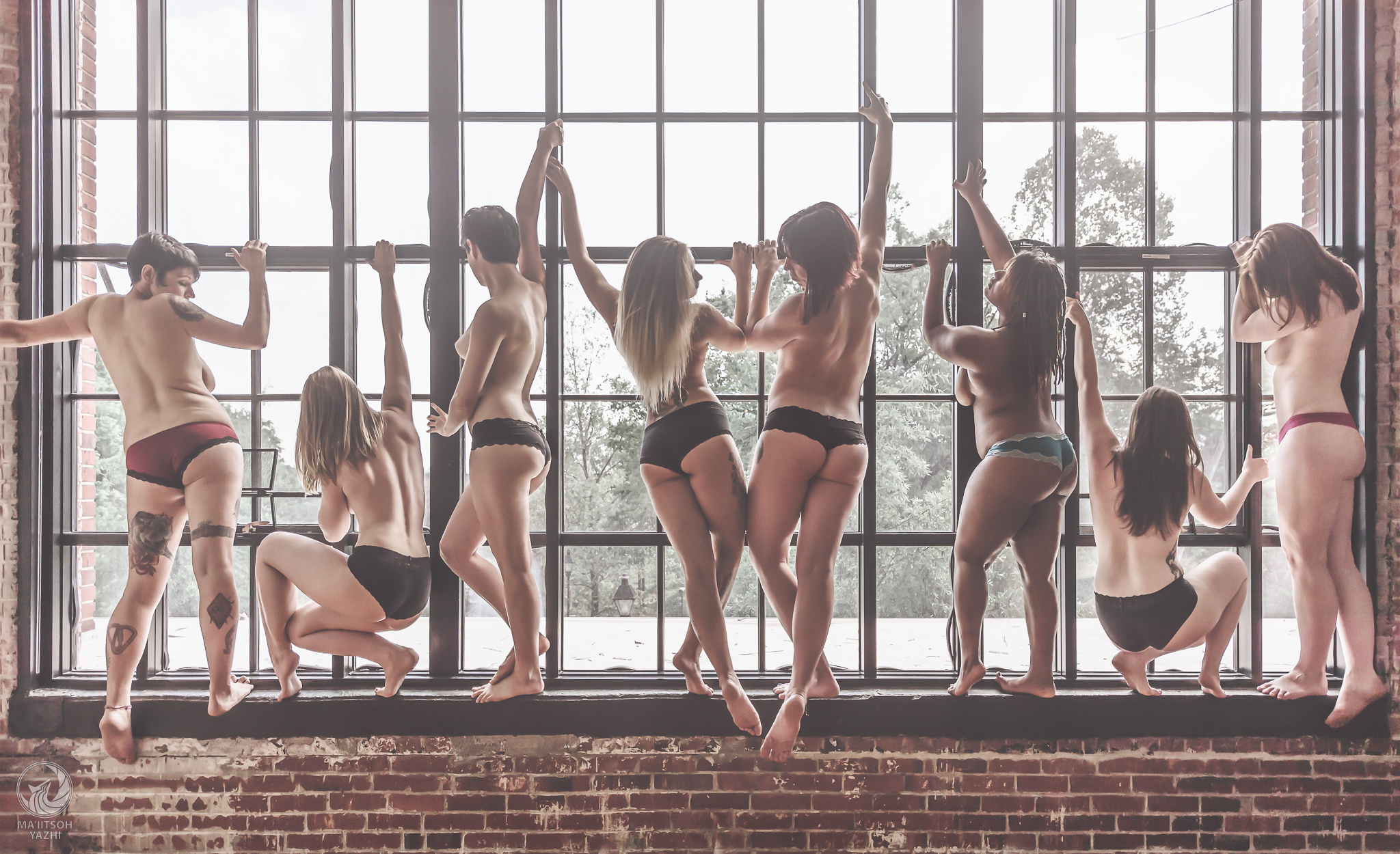 When I moved to Richmond, I rented a loft apartment downtown overlooking the James River and the railroad tracks that run beside it. The building originally served as a tobacco factory, but has since been converted into apartments with hardwood floors, high ceilings, and enormous windows. I enjoyed shooting in there, and many of my earliest photo shoots with Bound Light happened in that apartment.

But soon after she moved in with me, and wanted to bring her dog, we knew we would need a bigger space. We eventually found a reasonably-priced house for rent, and we had about a week overlap between moving into the house and still having access to the apartment. So, on the last weekend of access, after we’d moved out all of our belongings, we invited a bunch of friends to use the space to tie and shoot.

One of our friends brought an old chair to serve as a prop, so I took some shots of Bound Light playing around on it. We also had a moment where all the ladies present decided to do a group shot of them in the window. I still wonder if anyone down on the street got a show that afternoon.

It was a fun and fitting way to say goodbye to a space I’d enjoyed for the last two years.