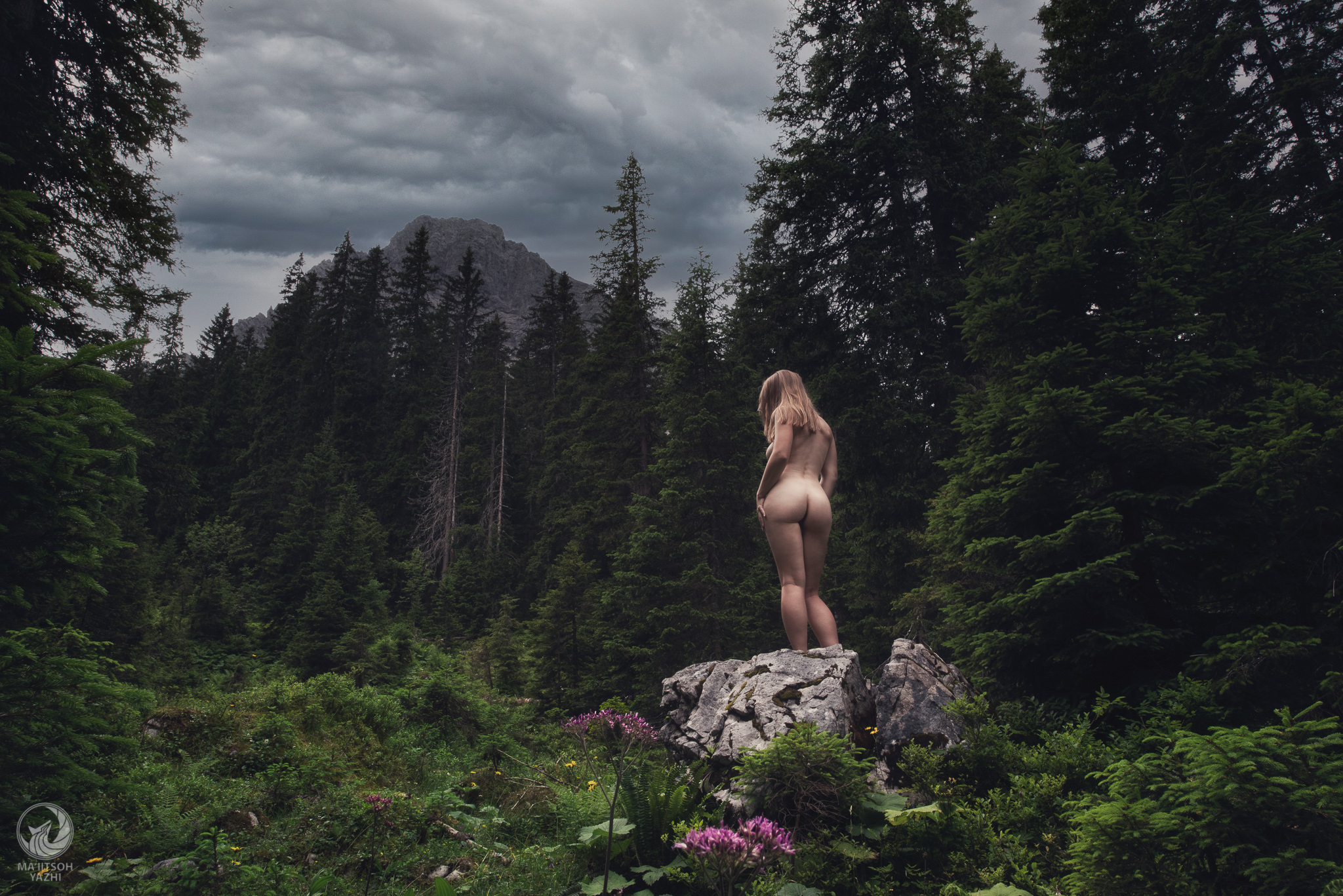 In July of 2016, Bound Light and I had the wonderful opportunity to spend nearly a month wandering around Europe. I have family over there, so much of the time was spent visiting and going sightseeing with them. There were a few times when we were able to take some non-touristy pictures, though.

When we were in Berlin, we were able to arrange some private lesson time with Gorgone. She was working on her “study in falling” progression at the time, so we mostly worked on that progression and on refining her takatekote. I’ll make a separate post with more details.

In southern Germany, we climbed a hill to an abandoned castle one afternoon and found ourselves completely alone there with a fairly good view of the path in, so we took a chance and got some images of Bound Light posing nude among the ruins. About 10 minutes after she got dressed again, a pack of hikers came through, so that was lucky timing.

Later, while hiking in the Austrian Alps, we found a couple of spots off the trails to do some quick rope on a fallen tree and later some nude in nature images with the peak of one of the mountains in the background.

The whole trip was wonderful (in addition to touring much of Germany, we also visited Rome, Venice, Florence, and Pisa), but I’m glad we had a few chances to make these kinds of images, as well.

The highlight, though, was that I got to propose to her in the Alps … and that she said yes. We took the image below in the room of our bed and breakfast with the mountains in the background. It was our “kinky announcement photo.”