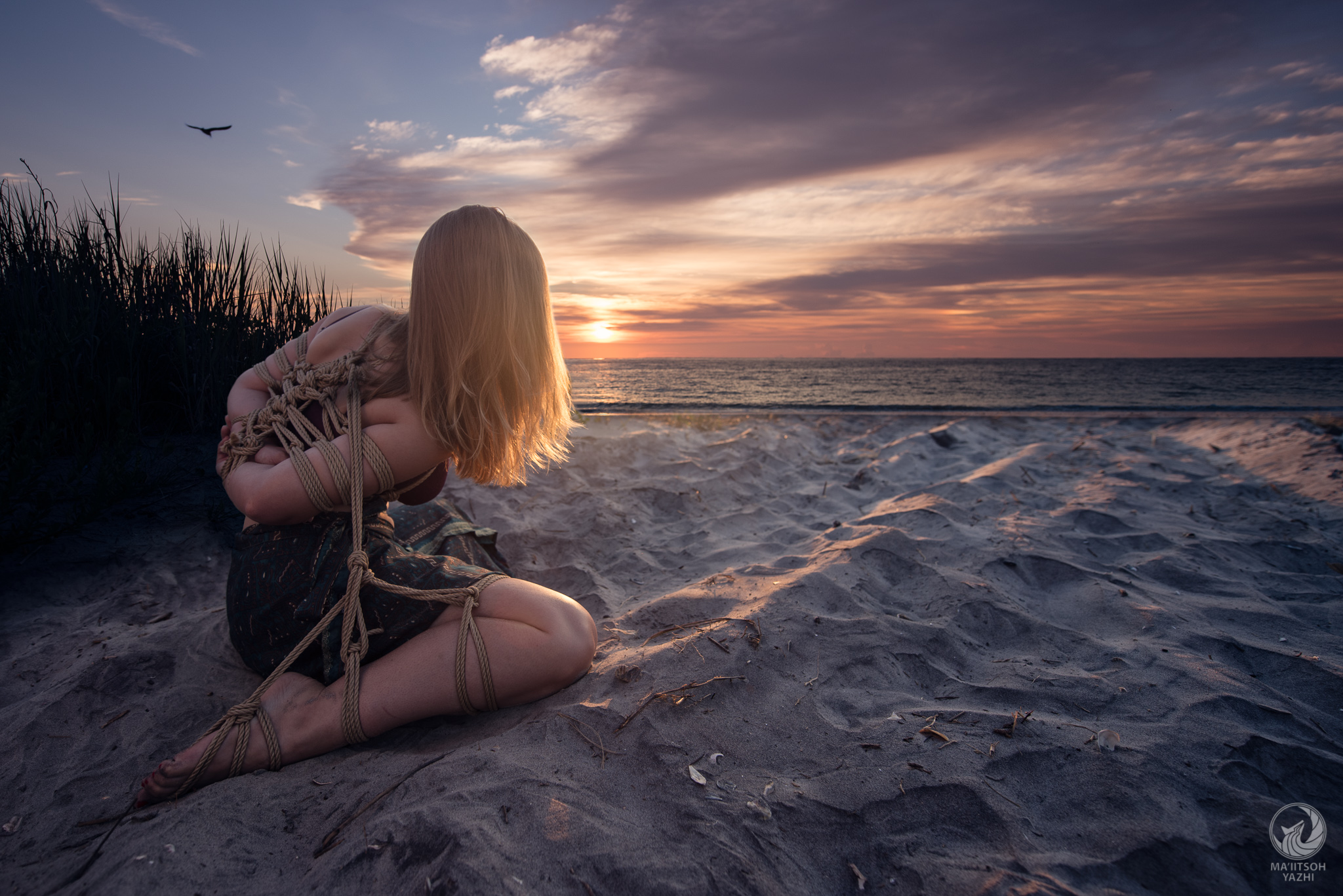 Bound Light and I were down in North Carolina for a weekend rope workshop. We were staying with friends who live near the beach, so we decided to get up early on the morning of the second day of the workshop to try to take a “rope on the beach” photo at sunrise.

The plan was mostly a success: we got there in plenty of time to tie and get everything set up. I tied a new pattern I had recently learned from Nawashi Kanna, but about halfway through, someone walked up to start fishing right in the frame of the planned shoot. Thankfully, they were happy to move when one of our friends asked. (They didn’t really fish much once they noticed what was happening and spent a lot of time trying to look like they weren’t watching us.)

Our friends also helped with holding lights and reflectors, and we were ready by the time the sun started painting the sky. I didn’t realize until I was editing the images later that I had actually caught a seagull in a perfect position in the frame … that’s not a photoshopped bird.

The only real issue was the sand fleas … they were relentless that morning. I had a hard time focusing on tying and shooting because I was constantly slapping at them, hurting from their bites, and scratching. But then … my arms were free to do so. Bound Light definitely had the most suffering that day … a helpless, motionless feast for the little beasts. The marks left by their bites lasted for days.