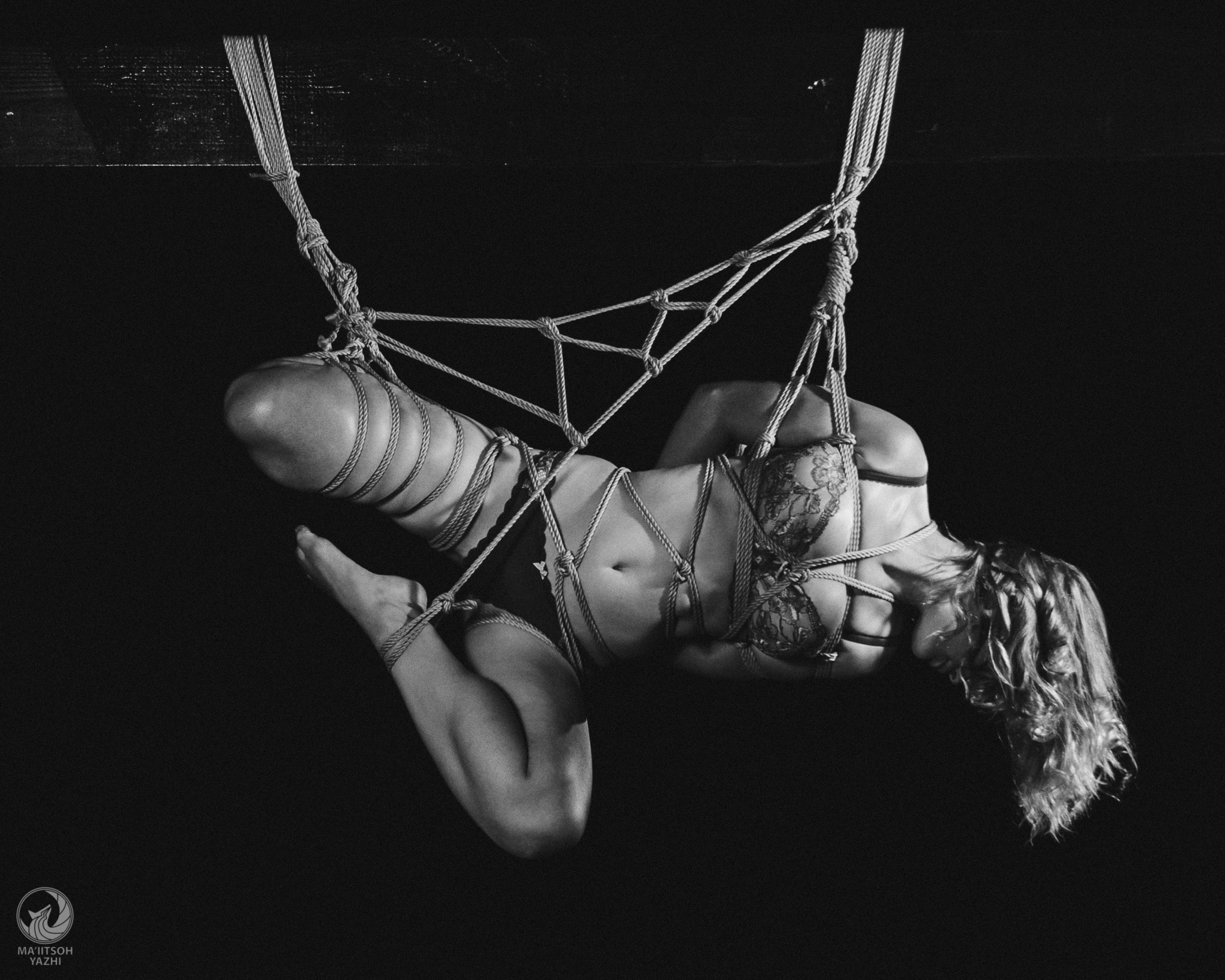 Promoting All Tied Up

When I first started working with the Richmond-area Rope Bite, we were meeting in the group organizer’s apartment. That would continue for a few more months until it became too crowded to continue. I was asked to join the team to help with organizing shortly after, and we spent a few months trying to find a location to host the events.

Eventually, we worked out a wonderful agreement with Fallout. We could meet in their back room on weekday evenings before 9pm. We were able to continue to grow the group through that arrangement, and in the fall of that year, Fallout offered us the chance to promote the group by holding a “rope themed” event one weekend night.

The event — somewhat predictably — was called “All Tied Up,” and we got to take over parts of the club for an evening. It let regulars who came to the club have the chance to see rope in action and also have the chance to learn or be tied in some beginner-level ties.

To promote the event, we were allowed to do a photoshoot in the club. The ideas was to suspend Bound Light over one of the small bars and stage a “club vibe” around her.

Before the images, I feel I should say up-front: I still hadn’t learned enough about working with lighting and staging group shots to make these images work. That’s why you won’t find them in any of my galleries. The “best” shot I got was still not great, and my editing and processing skills back then were way too heavy-handed. So, I’d do all this much differently now, but here’s what we did back then.

Setting Up the Shot

Below are some test shots of the bar and the lighting. You can see the idea for the rope change here. Our first idea was face-down (to keep Bound Light anonymous), but the position seemed a bit flat and didn’t use the space well. We then tried a side suspension, which was closer, but still too straight and uninteresting. Our final position kept the side suspension, but added more angles.

Once we had the rope and lighting figured out, we gathered the crew around the bar for the shots. I should have been more careful. I should have double-checked the focus across each face. But I was still learning, and was nervous, and so what I ended up with were some cool poses that weren’t really fully in focus. Sigh.

Then I did my heavy-handed edits, and I ended up with one image that I thought I could use to advertise the event. And people loved the shot and we had great attendance. But looking back … oh man.

I was lucky enough to end up with one shot of Bound Light in the pose that was nice and sharp, and it’s the only image that I consider “useable” from that day. Here are a few variations of that shot … early edits and current edits.

All Tied UP was a big success for us, and the Rope Bite group grew more rapidly after that event. We would go on to develop a really strong and mutually-beneficial partnership with Fallout, started to hold an All Tied Up event in the spring and fall of each year soon after.