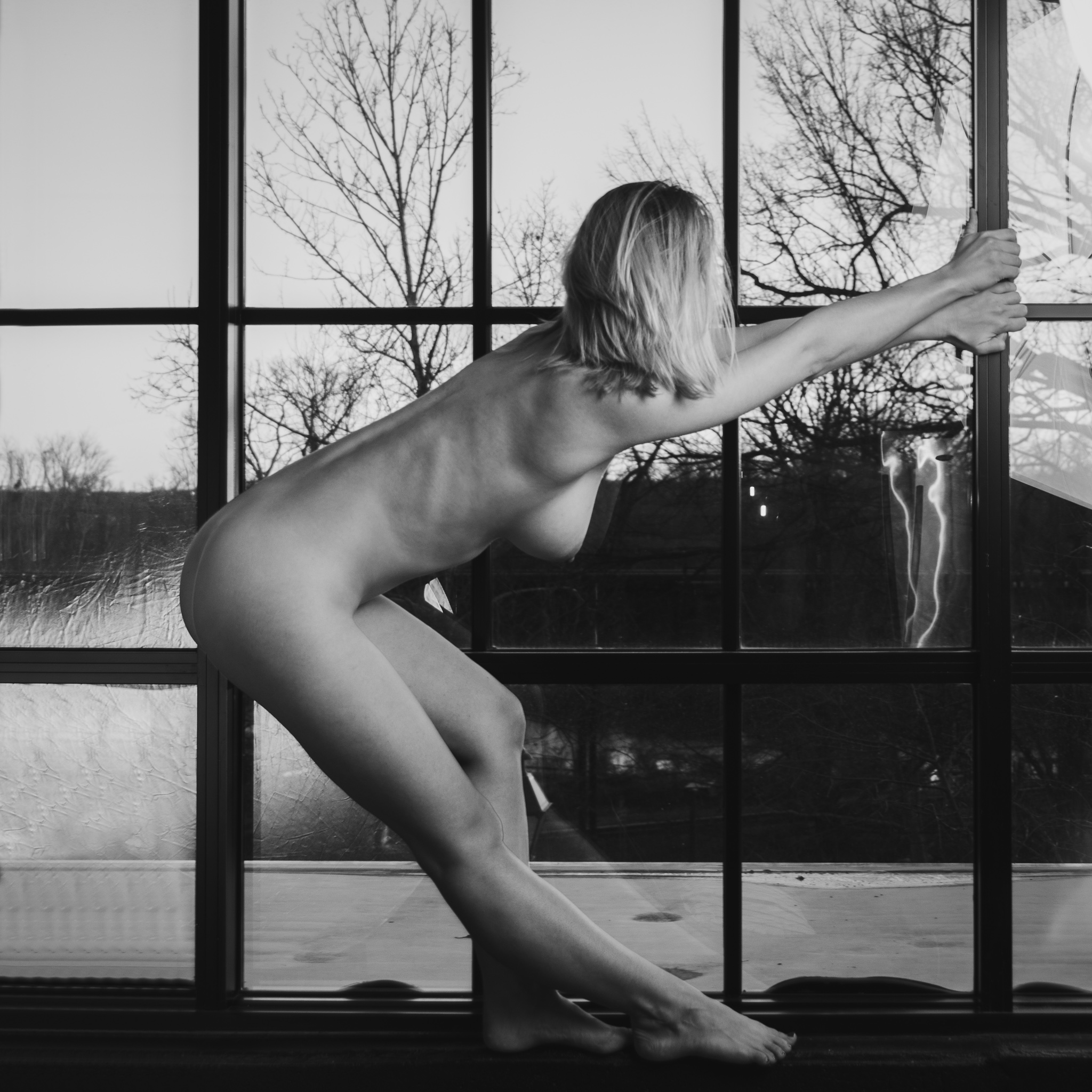 Bad Shots of a Beautiful Model

While there may be a little merit to that latter claim (though not as much as many beginners believe), the former is misguided in so many ways, not least of which is the assumption that a certain body type makes for a “better” image.

As proof, I offer the shots below from my first attempt to use flash and overcome strong backlighting while Bound Light posed in front of a window. It was a fun idea. And the evening light was good. And I had gear that was sufficiently good and appropriate to the challenge. And Bound Light looked beautiful.

And the pictures are still shit.

It’s funny for me to look back on these early images and see how little I understood or could control when I was first starting out with this type of photography. And it really proves to me that it’s not the gear and it’s not the subject that makes or breaks an image, it’s the person behind the lens.

So let’s look at some of the reasons these images are shit. The big ones include:

It also makes me laugh a bit at the hubris of the beginner. Even today, this kind of shot, with flash, would be challenging. But that’s part of the fun of learning.

Out of all the images, I could really only kinda salvage one of them at the time. In theory, I could re-edit these today, put a lot of work into cleaning up the backgrounds, and probably save a few more. But given the overall soft focus, I’m not convinced it would be worth the effort. Here’s the one I saved:

So, I hope you, too, can get a laugh at how bad these images are, despite having good gear to make them and a beautiful model to work with.

The framing in these shots is particularly bad. Also, I had no clue how to direct a model at this point, or how to wait for the right moment. She’s trying not to fall off the small window ledge while looking for poses, and I’m offering zero help, just clicking away.

The focus in these shots is particularly bad:

And here’s the rest which–while they are better than the ones above–still aren’t really worth trying to save. Just so it’s clear, though: I’m not purposefully selecting the “missed” shots or the “test” shots … these are the best shots I got from this shoot!

Later that evening, I tried a few more, and the results weren’t any better. In the first, you can see the “reflection” problem. I could fix it (and I did in the other two), but the end result isn’t really worth it. Again: not the fault of the subject, but the lack of lighting and framing skills of the photographer.

So, while I do want to drive home the point that the gear and the subject don’t make the shot great in themselves, I hope it’s also encouraging to know that practice and critical self-reflection and learning as much as you can all pay off in time. I mean, I like to think the shots I’m taking now are much much better than when I started!