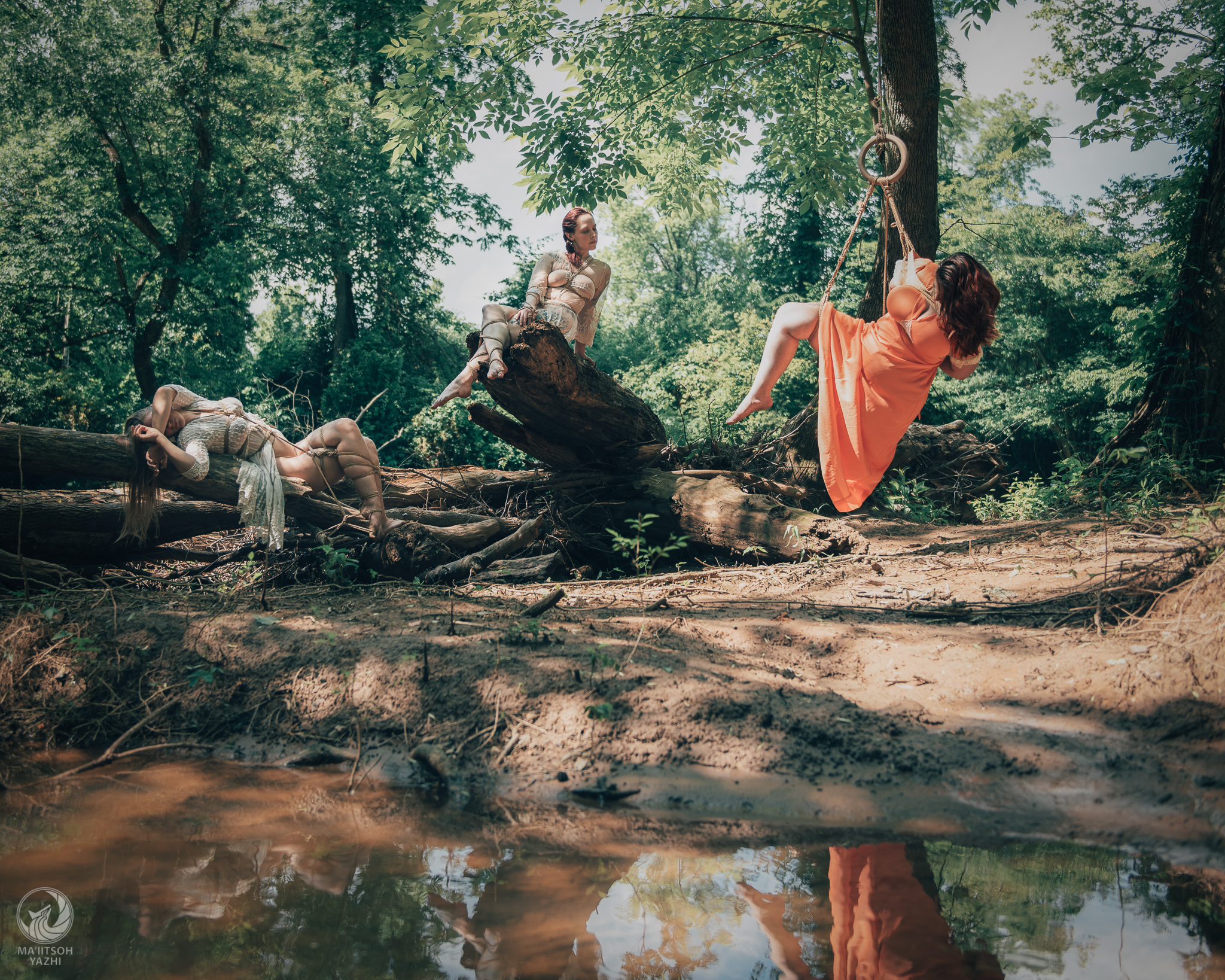 Responsible Kink and the Logic of First Corinthians

It’s Easter. Bear with me here. (Also, this is about rope, but you can probably sub in your kink of choice.)

In the Christian Bible, there’s this guy, Paul. He’s a big leader of the new congregations springing up after folks started talking about an itinerant preacher that got himself killed but came back from the dead. I’m not going to say too much about this Paul fellow because it’s not really relevant to my point, but he’s been writing letters to different congregations about stuff they’ve been doing.

We can guess from his letter that the people off eating with the worshipers of other gods said something like: “But the Lord Jesus came to fulfill all of the law and the prophets, that we might have life more abundantly in him, and therefore by his sacrifice are all things made permissible for me through Christ Jesus.” Or maybe just: “I’m an adult and I do what I want.” Or some such.

We can make this guess because Paul says:

Basically, Paul’s saying: “Yes, you jackasses, you’re technically right. You can, in fact, do whatever you want. But that doesn’t mean it’s smart, or good for you, or good for others. Jackasses.” (I’m paraphrasing liberally.)

And that is the best scripturally-based summary of my thoughts on the importance of tying well, risk-aware consensual kink, and responsible progression in rope. (Maybe minuses the jackasses part.)

It’s probably true that you can tie a shitty chest harness and hoist someone in the air and they’ll be fine. That 22 year-old athlete who’s never been in rope before will probably survive a first suspension of a running-man transition to a Naka twist with a few ouches but nothing more serious. Your rope slipping around on the legs of your bottom probably won’t make much of a difference. But that doesn’t mean that any of those things are a good idea.

Many of the dangers in rope are small, but also cumulative. So, doing a sub-par version of a thing once is usually no big deal. (Though, we’ve all heard plenty of stories where once was all it took to result in months of wrist drop …) But doing that sub-par version of a thing, and other sub-par things, over and over will probably add up eventually to something that doesn’t make anyone happy.

And let’s say that you and your partner have mastered single-nostril suspension techniques. That’s great. But it’s probably not edifying. Meaning, posting your super-cool pic of that thing and talking about how amazing it was might be fun, but you should also realize you’ve just inspired people without the skills or preparation to go off and try single-nostril suspensions with that new bottom they met last week. (And if you later try to talk to them about the importance of preparation and training, you’re likely to get yelled at for policing their kink. After all, who are you to decide whose nostrils can and can’t be suspended?)

And I’m sure you’re all really awesome rope people, and I’m sure the laws of physics only apply to some of you, and I’m sure a few of you have mystical powers … but I’m not putting money on any of you coming back from the dead.

So, I’d rather take the safer bet and learn to tie well (and continue to learn how to tie better), and take manageable steps toward higher-risk rope so that my progression is responsible, and make sure that the people I’m working with are genuinely informed about what they’re consenting to and are equally ready to take those next steps with me.

For me: all things are permissible, but I’m going to try to use that freedom wisely … and try not to be a jackass.