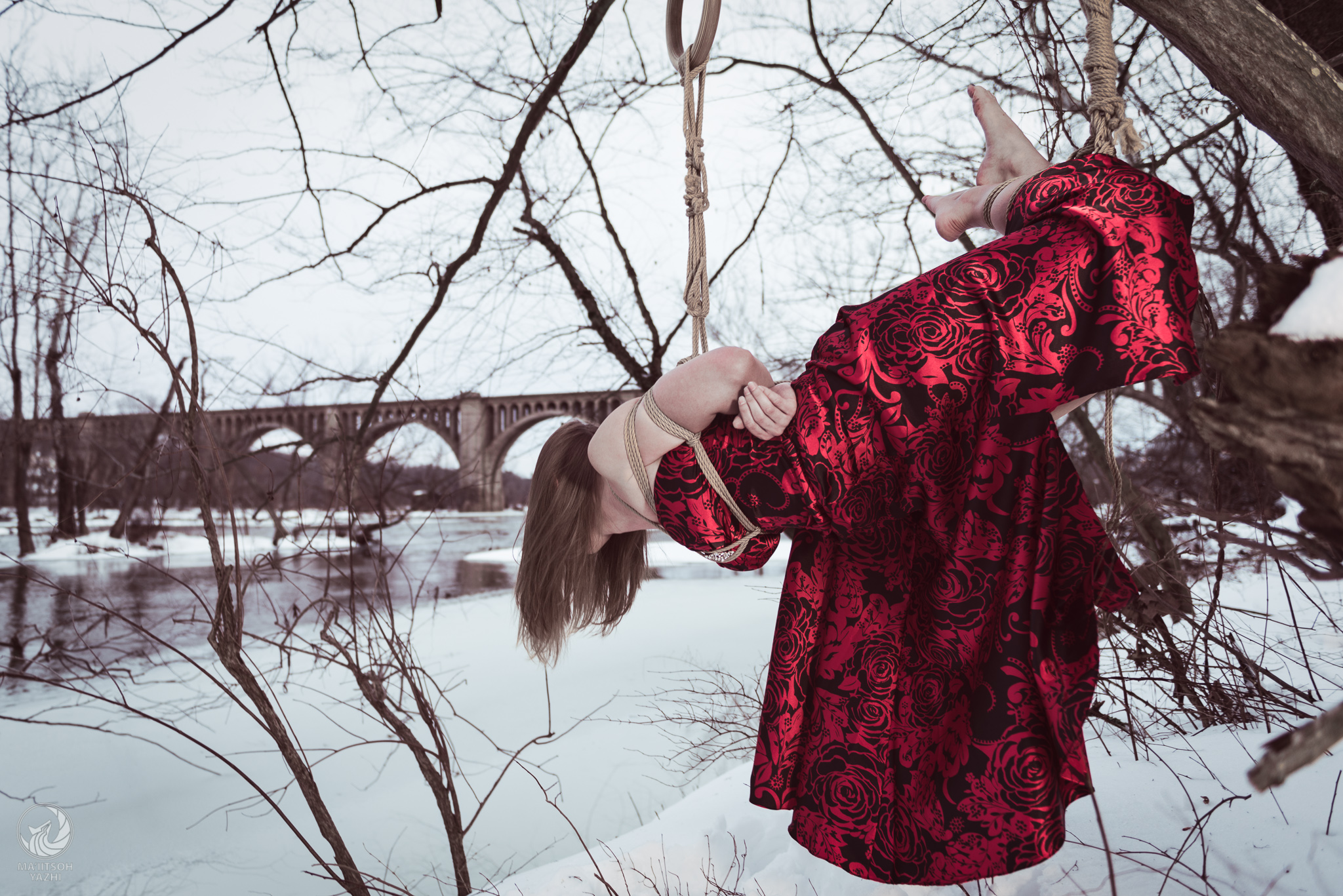 We’d been wanting to do a “snow shoot” for a while, but finding a good and lasting snow in our area can be hard to come by. Luckily, we got one this year, and the weather stayed cold enough to keep the snow from melting away too quickly.

We knew a friend who lived near the river, and they suggested a spot near the historic train bridge. We thought that sounded like a great location, so we agreed to meet them and make the trek in. Unfortunately, there were two roads with the same name given for the meet and, predictably, we chose the wrong one. Which wasn’t so bad in itself, except that the wrong one ended up going up a hill right beside the river … and we got stuck in the slick snow and ice halfway up that hill.

We tried a few times to get unstuck, but each time, the car slipped closer to the side of the road and the steep drop-off there that ended in the river. I had visions of slipping off the road and rolling down into the icy water, and after the second or third attempt, I gave up.

Luckily, a local with a massive truck and towing rig drove by soon after and offered to drag us to the top of the hill. We gladly accepted the generosity, and eventually we were able to make our way to the intended meet-up location.

Of course, all of this meant we’d lost a lot of time. And we still had some thick snow to trek through. So, by the time we made it to the spot, it was late, we were losing light, and we were cold and tired.

So, mad props to Bound Light for still being willing to change into a dress and get suspended over the icy water long enough for me to get a few shots. We had planned more, but sometimes, you’re just grateful for what you can get.

The hot chocolate was much deserved and much appreciated that night.

This is the full gallery for this shoot. However, patrons have access to additional images for most shoots, behind-the-scenes information and images, unreleased images, and “sneak peeks” at upcoming work. Learn more here.